"Riprap" at the Fleece Jazz Club in Stoke-by-Nayland, Suffolk 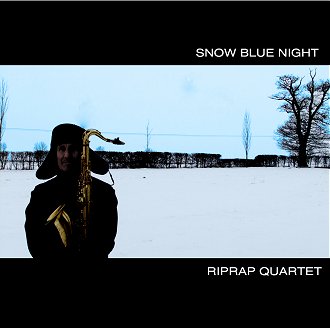 www.fleecejazz.org.uk is always up to date.

Here's their spiel (incorporating our spiel) about the gig . . .

RIPRAP formed more than eight years ago from a group of musicians who wanted to explore more open-ended improvisation and include modern poetry in their compositions, inspired by the music of Miles Davis and the Beat Poets of the 1950s. They released an album in 2009 which featured the work of the award-winning poet Gary Snyder; their latest release in 2012 is ‘Snow Blue Night’ which is purely instrumental.

Kevin Flanagan is from Lowell, Mass. USA. He co-founded an improv and jazz-based co-operative which toured New England and the UK in the 1970s & 80s. He has lived in the UK since the mid-80s and worked on the London jazz and pop scene, gradually becoming primarily involved in jazz, playing with his own group and the Tommy Chase Quartet at UK festivals. In the 90s he worked with Chris Ingham in FIQ.

Dave Gordon plays both with Riprap and with his own trio. He has performed at Ronnie Scott's and numerous international jazz festivals, has released a number of CDs and has recorded CDs with his crossover band Respectable Groove and the band Zum. He is also currently working with Chris Garrick and Jacqui Dankworth.

Andrew Brown has played in bands with Pete King, Benny Green, Pete Oxley, Simon Vincent and FIQ with Kevin Flanagan, and Chris Ingham. As well as Riprap he also works with Respectable Groove.

Russ Morgan is currently playing with the Chris Ingham trio, and Trio East as well as Rip Rap. He has toured and recorded around the UK and Europe with many Fleece Jazz favourites ... there is not room to name them all! FLEECE JAZZ is non-profit making, receives no external funding and is run entirely by unpaid volunteers.

You can see and hear Riprap by going to www.kevinflanagan.net and clicking on "Riprap Quartet".