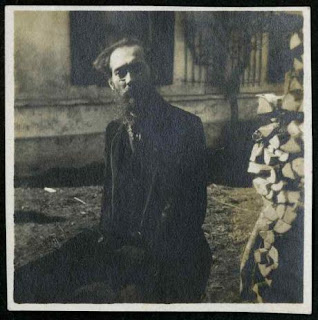 [Here] is yet another crucial fallacy: that one can – or must – bring anarchism to the world; that anarchy is an affair of all of humanity; that there will indeed be a day of judgment followed by a millennial era. Those who want “to bring freedom to the world” – which will always be their idea of freedom – are tyrants, not anarchists. Anarchy will never be
a matter of the masses, it will never be established by means of military attack or armed revolt, just as the ideal of federalist socialism will never be reached by waiting until the already accumulated capital and the title
of the land will fall into the people’s hands. Anarchy is not a matter of the future; it is a matter of the present. It is not a matter of making demands; it is a matter of how one lives. Anarchy is not about the nationalization of the achievements of the past but about a new people arising from humble beginnings in small communities that form in the midst of the old: an inward colonization. Anarchy is not about a struggle between classes – the dispossessed against the possessors – but about free, strong, and sovereign individuals breaking free from mass culture and uniting in new forms. The old opposition between destruction and construction begins to lose its meaning: what is at stake are new forms that have never been.