Faith does not consist in believing something wonderful . . . 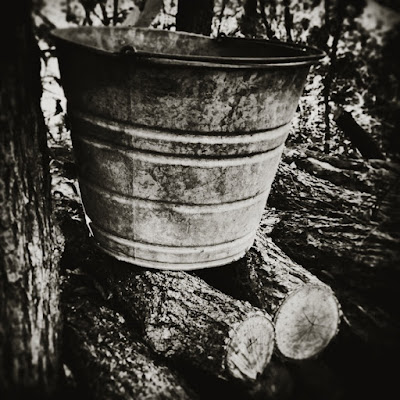 In the Gospel of Luke (17:5-7) we are told that the disciples (actually called “apostles” in this passage) once asked Jesus to increase their faith, a question to which Jesus replied,

“If you have as much faith as a grain of mustard, you might have said to this mulberry tree, ‘Be uprooted and be planted in the sea,’ and it would have obeyed you.”

Of course, the disciples’ question begs another, namely, increase their faith in what? Jesus, God, themselves, nature? Jesus (or rather, Luke) doesn’t even vaguely attempt to answer this and, instead, he only intimates that people with real faith would be able to perform wondrous, nature-overturning acts — even if, as is the case here, it is the utterly pointless act of planting a mulberry tree in the sea.

Well, for this and other reasons, it strikes me that this is one of those sayings that we can call “inauthentic”, which is simply to say it’s unlikely to have been uttered by the kind of religious teacher Jesus appears to have been. The historical, human Jesus’ concerns seemed, instead, to centre around creating the kind of faith, or true-entrusting (shinjin), that would help a person live well and creatively in this, our everyday world. Evidence of the existence of this, everyday kind of faith is always going to be found in the actual life and actions of the faithful person and certainly not in the bizarre ability to plant a mulberry tree in the sea.

But, perhaps I’m being overly serious here and this was a real remembrance of Jesus simply mischievously, and comically, over-exaggerating for effect. Who knows, and, when all is said and done, I hope he did indeed have a sense of humour despite the seriousness of his calling.

But, in the end, I think my basic point stands and so I find myself in agreement with Tolstoy who, in his “Gospel in Brief”, has Jesus answer his disciples in the following, rather more helpful, way:

“Faith does not consist in believing something wonderful, but faith consists in understanding one’s position, and wherein lies salvation. If you understand your position, you will not expect rewards, but will believe in that which is entrusted to you.”

Tolstoy thinks that a teacher like Jesus must have taught that real faith is not in some supernatural power, person, act or realm, but in the reality which has been entrusted to us in our everyday, natural world.

The point here is that real faith, genuine true-entrusting, isn’t about supernaturally transforming the world such that, for example, mulberry trees can be planted in the sea but, instead, it is a faith which naturally transfigures the world so the ordinary suddenly begins to shine for us in new and even miraculous-seeming ways.

I know of no better an expression of this insight than these lines by the eighth-century Chinese Zen poet, Layman P’ang (740-808):

My daily affairs are quite ordinary;
but I’m in total harmony with them.
I don’t hold onto anything, don’t reject anything;
Nowhere an obstacle or conflict.
Who cares about wealth and honour?
Even the poorest thing shines.
My miraculous power and spiritual activity:
Drawing water and carrying wood.

They serve to remind us that our salvation and redemption as mortal beings is not from the world, but something found in it, and it’s found in every moment when we have faith, that is to say, when we truly entrust in the naturalness of the world and the efficacy of our modest, everyday activities. There really is no need for the supernatural ability to plant mulberry trees in the sea.