In Memorium - a funeral address for Clive King, family man, botanist, musician and organist of the Memorial Church (Unitarian) for fifty-two years 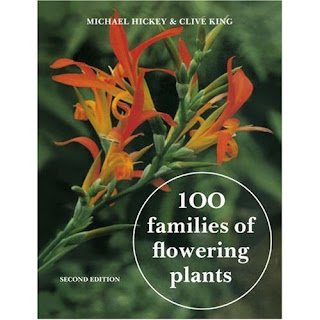 Whether as a husband to Margaret, father to Helen and Robert, father-in-law to Graham and Tatiana, grandfather to Morgan, Marcus, Ewan and Ethan or as a friend or professional colleague, Clive's presence in all our lives will be missed beyond measure and I simply cannot do justice to everything that we could say about him so today I shall not even try. I trust that Clive's memorial service, to be held sometime in September, will provide the best opportunity for the widest range of remembrances and thanksgivings which will do true justice to his enormous range of talents as a family man, a musician and as a botanist.

Instead I briefly want to share with you something of Clive's own hopeful and uplifting reflections on life that he shared with me in the last few weeks of his own. I trust it will help and encourage all of us in the coming months and years to reflect well upon the mystery of life ourselves. I'll begin with some of the most famous words in Henry David Thoreau's book of 1845, Walden, which Clive was reading during the last few weeks, in which he recounts his two year stay in Walden Woods. He tells us:

I went to the woods because I wished to live deliberately, to front only the essential facts of life, and see if I could not learn what it had to teach, and not, when I came to die, to discover that I had not lived. (Walden, Ch. 4, Where I lived, and what I lived for)

Because we both shared a love for Thoreau it is perhaps not surprising that more than a few of our conversations centred around themes raised in Walden - particularly that which you have just heard. Clive always seemed to me to be a living embodiment of the person who has truly understood what Thoreau was asking us to do which was really to look at life, to reflect long and well upon it and then look again; always to look again. By so doing an abundant life can be lived.

For Thoreau the main real and symbolic field of inquiry were the woods. For Clive, of course, it was the Cambridge University Botanic Garden in which he worked and thought daily. On one of my last visits to see Clive he told me this Thoreauesque story.

When he first came to work at the Botanic Garden he decided to try to get his hand in by identifying some plant or another and, to this end, went out, took a cutting at random, and brought it back to his desk for some study. To his great surprise and puzzlement he discovered that the specimen he had in his hand did not conform to any text book description of the plant he thought he had picked. A mystery indeed. Perhaps he had been fortunate in so quickly making some small discovery in his new field of inquiry? But Clive had an intuitive understanding that neither his own present answer to this puzzle, nor the text book's apparent failure to help, were sufficient and above question and so, rather than build castles in the air, he got up from his desk once more, went out into the garden to take another look at the real living and growing plant. He discovered that, purely by chance, he had picked the only flower on the whole plant that deviated from the norm. One lesson learnt. But that isn't where the story finishes - nor does it properly display where Clive's wisdom began - because he went on to tell me that what he really learnt from this was always to take second look, even when you got the answer you expected the first time around.

In our short eight year acquaintance and, I hope friendship as organist and minister, I came to see that what ultimately counted for him was not really to be found in his own answers to things (though he gently and eloquently offered some very fine ones in all the areas of his life), nor in the answers of some text book or other authority (no matter how good or well respected it was) but in the unfolding complex answers to life found in Nature herself - creative answers that are available to all who take the time to go out and humbly meet her in person and who remained ever open to new light and truth. This openness is, of course, not only an essential virtue for the true scientist but also one for the true spiritual seeker - and Clive was always both.

But, even as Clive remained genuinely open to the refulgent complexity of God-or-Nature he did not then go on to make the mistake made by many people of liberal inclination, namely that of being open in a sloppy, unfocused and ultimately uncommitted way. Not at all, for he knew intimately that truly to live - even with such an open-heart and spirit - the human-condition is such that there are times when one must commit to something long term and to decide to do one thing, or to take one course of action, and not another. His life-long loving commitment to his family clearly revealed his ability to achieve this difficult balancing act with true grace and integrity. His life as a respected author for Cambridge University Press revealed it too, for the time always came when the text must be finalised and sent to the printers. His life as a musician also revealed this for the day of the concert always came when the piece had to be played one way and not another. His fifty-two years of commitment to the Memorial Church, the home of Cambridge's liberal Unitarian and Free Christian community, for over fifty-years was yet another example.

All of this - and so much more - reveals to me that Clive was committed to life with all its complexities and wonders and that he had found, as he came to the end of his own life that, like Thoreau, he had lived. But he knew, as I hope we all know, that a true commitment to life, if it is not to be dangerously sentimental, involves a mature acceptance of death and its mysterious relationship to life.

Here, too, I found Clive able to balance perfectly both an genuine openness on the one hand, and a willingness gently to commit to a personal position or viewpoint on the other. I found this out because in the last couple of weeks of his life Clive was quizzing me quite hard about the philosopher Spinoza - those of you who know me know that I speak about him often. Clive was genuinely eager to hear more about his thought and so we spent quite some time on his philosophy. Since we had also been talking about death he asked me what Spinoza thought about it and I read him a short passage written by the Spanish-American philosopher George Santayana summing up Spinoza's conclusion and with it I shall conclude this briefest of tributes for they speak so well of Clive. After I finished reading it he was very quiet for a few moments and then he said, "Yes, I think I can go along with that."

To see things under the form of eternity is to see them in their historic and moral truth, not as they seemed when they passed, but as they remain when they are over. When a man’s life is over, it remains true that he has lived; it remains true that he has been one sort of man and not another. In the infinite mosaic of history that bit has its unfading and its perpetual function and effect. A man who understands himself under the form of eternity knows the quality that eternally belongs to him. And knows that he cannot wholly die, even if he would; for when the moment of his life is over, the truth of his life remains. The fact of him is part forever in the infinite context of [existence.]