Love your enemy — a reminder for Remembrance Sunday 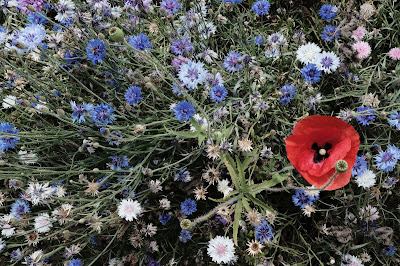 In his journals, the theologian Søren Kierkegaard wrote:

“The matter is quite simple. The bible is very easy to understand. But we Christians are a bunch of scheming swindlers. We pretend to be unable to understand it because we know very well that the minute we understand, we are obliged to act accordingly. Take any words in the New Testament and forget everything except pledging yourself to act accordingly” (quoted in Provocations: The spiritual writings of Kierkegaard, Plough Publishing, 2002, p. 201).

Kierkegaard’s claim about the New Testament is overstated. Firstly, the bible is not very easy to understand. Secondly, were we to take Kierkegaard absolutely at his word we would, for example, be compelled to treat women with the kind of disdain shown in the Pauline letters, requiring them, most notably, to “remain silent” in the church and home and to “be in submission” (1 Corinthians 14:34-35) and also to not allowing them “to teach or to assume authority over a man” (1 Timothy 2:12). Today, we are surely right to pledge ourselves not to act according to the New Testament in this regard.

On the other hand, with regard to the basic ethical teaching of Jesus found in the Gospels, Kierkegaard’s words seem correct as we all know Christianity has often provided a home for scheming swindlers who, whilst pretending to understand Jesus’ teaching, utterly fail to act according to it.

This truth is well-displayed in any Remembrancetide service where there is no moment of public remembrance or prayer for the dead of our enemies alongside those offered up for the dead of our own nation. We need, therefore, explicitly to recall that in the Sermon on the Mount Jesus says:

“You have heard that it was said, ‘You shall love your neighbour and hate your enemy.’ But I say to you, love your enemies and pray for those who persecute you, so that you may be children of your Father in heaven; for he makes his sun rise on the evil and on the good, and sends rain on the righteous and on the unrighteous” (Matthew 5:43-45 NRSV).

But why try to follow this teaching of Jesus about our enemies and reject that of St Paul about women?

Well, everything hinges on our continued willingness to try together to discern, and then properly understand, what form of ethical life the foundational figure of our own religious community, Jesus, wished us to lead. Alas, about what this looks exactly like, there can be never any absolute certainty — and there is assuredly no certainty to be found by slavishly following the letter of the Bible.

However, despite this, we belong to a liberal religious tradition that has long discerned and understood this form of life to include, amongst other things, an insistence that women are accorded complete equality and also the need to remember, love and pray for the dead of our enemies alongside our own dead. For us to encourage anything less would merely be to promote yet another religious swindle.