Our responsibility in society—two readings for Pentecost 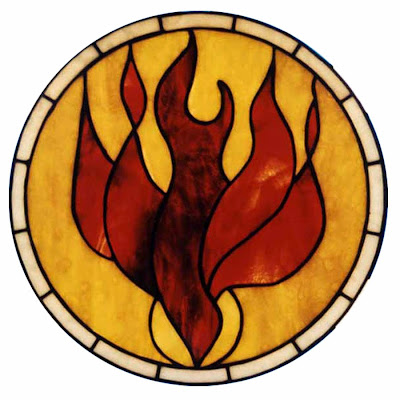 In this blogpost/podcast, I simply wish to offer you two readings as reminders that, despite seemingly being a mythical, supernatural event with no contemporary, this-worldly significance at all, when looked at in a certain light, the Pentecost story can in fact be taken as the origin story of the modern, egalitarian, cosmopolitan, democratic state. At a time when democracy seems utterly to have lost its way and is under real threat, it may prove helpful to look again at the Pentecost story, or at least as it was understood by one of the most important, twentieth-century, Unitarian Christian theologians, James Luther Adams (1901-1994).

But, before hearing from Adams, let’s hear the opening five verses of the second chapter of the Acts of the Apostles where the Pentecost story is recorded.

“And, when the day arrived that completed the fifty after Passover, [Matthias and the eleven Apostles] were all gathered together in one place; And suddenly there came a noise like a turbulent wind borne out of the sky, and it filled the whole house where they were sitting, And there appeared before them tongues as of fire, which parted and came to rest, one each upon each one of them, And they were all filled with a Holy Spirit, and they began to speak in other tongues, as the Spirit gave them to utter.”

We of the Free Church tradition should never forget, or permit our contemporaries to forget, that the decisive resistance to authoritarianism in both church and state, and the beginning of modern democracy, appeared first in the church and not in the political order. The churches of the left wing of the Reformation held that the churches of the right wing had affected only half a reformation. They gave to Pentecost a new and extended meaning. They demanded a church in which every member, under the power of the Spirit, would have the privilege and the responsibility of interpreting the Gospel and also of assisting to determine the policy of the church. The new church was to make way for a radical laity – that is, for the priesthood and the prophethood of all believers. “The Spirit blows where it lists.”

Out of this rediscovery of the doctrine of the Spirit came the principles of Independency: local autonomy, free discussion, the rejection of coercion and of the ideal of uniformity, the protection of minorities, and the separation of church and state. Power and responsibility were to be dispersed. In a fashion not unlike that of the primitive church, the doctrine of the Spirit became the sanction for a new kind of social organization and of social responsibility. A new church was born, and with it a new age.

Once released, the new spirit poured forth into all areas of society. It could not be kept within the bounds of church life. First it was carried over into the sphere of the state. The Independents began to say, ‘If we are responsible to God for the kind of church we have, we are also responsible for the kind of state we have. If it is wrong to be coerced by church authorities, it is wrong to be dominated by political authorities. As children of God, we ought to have a greater share of power and responsibility in the state as well as the church.’ By analogy the conception of the new church in a new age was extended to include the demand for a democratic state and society. Thus the democratic state is in part the descendent of the Church of the Spirit.

Our responsibility is to maintain the heritage that is ours, the heritage of response to the community-forming Power that we confront in the Gospels and in the Free Churches. The community-forming power calls us to the affirmation of the abundant love which is not ultimately in our possession but is a holy gift. It is the ground and goal of our vocation.