Wednesday Photo: A (provocative) image of the chancel arch in St Mary the Virgin, Strethall, Essex 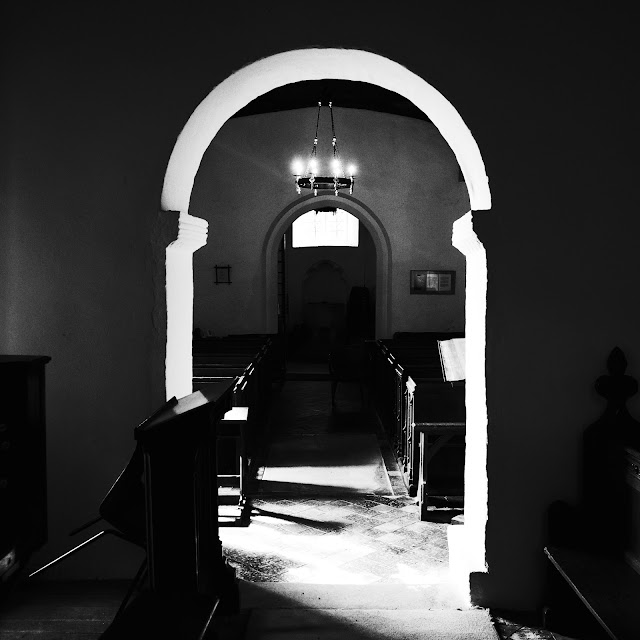 Taken in September 2016, this photo shows the chancel arch in St Mary the Virgin in Strethall, Essex, taken from near the altar looking towards the north. The church guide cites H. M. Taylor’s Anglo-Saxon Architecture in which the arch is described as “one of the finest examples of Anglo-Saxon workmanship in smaller parish churches.”

The light was such that, unusually for me (when photographing the inside of a church anyway), I chose to use the camera’s very high contrast black and white setting to take the shot. This kind of setting is the one I have most often used for street photography, including the photo I posted a few weeks ago, and I use it on the street because long ago I was powerfully impressed by the work of the Provoke group of Japanese photographers. In 1968, they published this influential manifesto:

Only a long time after taking the photo did its “street” style/look cause me to consider the thought that these days it is often only photography that allows me to capture something of those powerful fragments of reality I find do still exist for me in ancient Christian buildings but which I can no longer always appropriately capture using my inherited, religious language — a language which now often feels to me as if it is suspended in mid-air and has lost its reality.