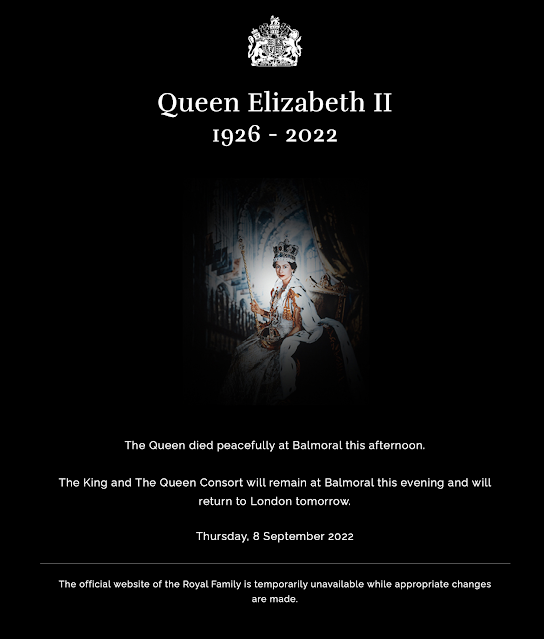 As we all know, Her Majesty, Queen Elizabeth II, died on the afternoon of the 8th September and as a small, liberal religious community in the United Kingdom of Great Britain and Northern Ireland, this morning we collectively give thanks for her long life of service to the nation and send our condolences to her family.

But as we begin to process what her life and death meant, and still means, to us, we need to be absolutely clear that during her reign a major change occurred in our society that her own, extraordinary, individual human life has served to obscure.

The change I am thinking of was the increasingly rapid decline in the levels of trust and confidence in nearly every British institution you can name — including, of course, the Monarchy — institutions that, once upon a time, our forebears uncritically took for granted as being eternally necessary, hyper-stable and good but which today, for all kinds of complex reasons, now appear to many of us as increasingly unfit for purpose. When the time for mourning her death has passed this truth will have to be addressed.

Now, lest anyone think I am speaking inappropriately at this time, please hear again these words spoken by Queen Elizabeth on the 24th November 1992 at Guildhall to mark the 40th anniversary of her Accession:

“There can be no doubt, of course, that criticism is good for people and institutions that are part of public life. No institution — City, Monarchy, whatever — should expect to be free from the scrutiny of those who give it their loyalty and support, not to mention those who don’t. But we are all part of the same fabric of our national society and that scrutiny, by one part of another, can be just as effective if it is made with a touch of gentleness, good humour and understanding.”

At the risk of over-simplifying, it seems to me that the many things that have greatly eroded confidence in the institution of the Monarchy since the Queen’s Coronation in 1953 were always powerfully counterbalanced by the continully high levels of public trust in the Queen as an individual human being who was perceived to be a hyper-stable, good and decent person to have as the Head of State. By any reasonable measure — and I speak here as someone with very strong Republican leanings — by any reasonable measure, the human being, Elizabeth Alexandra Mary, was someone clearly characterised by gentleness, good humour and understanding, and her presence among us in her role as Queen has undoubtedly helped our increasingly divided nation to remain more civilised and behaving decently towards each other than we might have done without her.

But now, aged 96 and after 70 long years on the throne, she has died,  and most of us know, deep in our bones, that this week we have entered into an extremely significant, existentially challenging period in our nation’s life.

So, one absolutely vital task for us all to begin in this time of national mourning is to start, with gentleness, good humour and understanding, the important work of imagining and talking to each other about new ways we can be together stably, decently, politely, democratically and ever more “greenly” in the coming years; years that will almost certainly be extremely challenging and unstable. It may be that King Charles III and the institution of the Monarchy will play an important role in bringing about this new, stable way of being together, but time will tell, time will tell.

However, right at this moment, this is a time in which we must give thanks, not only for the stability and general decency which Elizabeth Alexandra Mary unfailing displayed in her own personal life, but also for the stability and general decency she, as Her Majesty, Queen Elizabeth II, encouraged all of us to display in our own lives, an encouragement that we know was always inspired by Jesus’ new commandment that we “love one another” (John 13:34).

So, with thanks for her life, I conclude by saying: