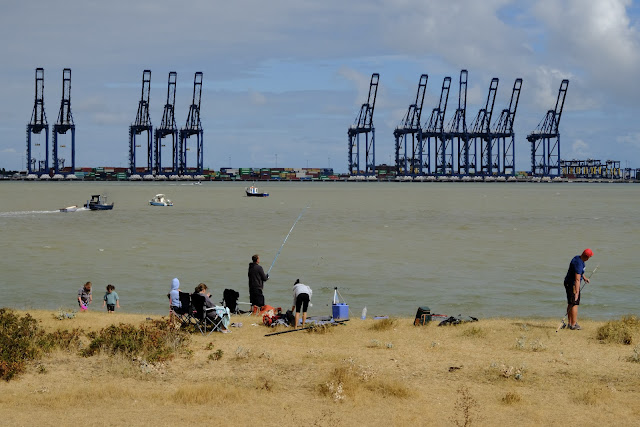 This photo was taken on the August Bank Holiday whilst visiting my parents who live just a couple of miles outside Harwich. At the surface level, it simply shows a very familiar, happy and peaceful, sunny Bank Holiday scene centred on a family picnic-cum-fishing trip to the seaside. Although, strictly speaking, this view shows the riverside at the confluence of the Stour and Orwell rivers just before they run out into the North Sea to the right of the frame.

But, firstly, take a look at those cranes across the river in Felixstowe Port (the busiest container port in the UK) . . . they are all upright and there are no ships to be seen. This is because, for the first time in 30 years, the port’s workers were on an 8-day strike. As the tug driver, Steven Brown, said:

“The company has made £233m profit in the last two years, £100m of that has gone to shareholders, and with the rate of inflation as it is, it’s 12%, all we're asking for is a fair pay deal compared to the cost of living.”

Not surprisingly, and wholly necessarily from their point of view, the workers rejected the 7% rise they had been offered. As I write this I learn that a second 8-day strike has just been called.

The pressures on the dock workers are almost certainly going to be as equally present to the people in the foreground. Inflation in general, coupled with the extreme worry about how to pay impossibly high energy bills over the coming winter (even after the current UK Government’s recent, deeply problematic, intervention), will not be far from the adults’ minds, and perhaps the children’s too.

This is, then, not your usual, familiar, happy and peaceful, sunny Bank Holiday scene but, instead, a snapshot of one of the last calm, warm, moments before the cold winter’s coming storms . . .

On a connected note, I’m very keen to avoid foregrounding and misusing the term, “cost of living crisis.” As I wrote in an earlier post, the so-called cost of living crisis is better thought of as being an epiphenomenon of a structural crisis in the extremely asymmetric neoliberal project of wealth-creation and regressive wealth redistribution that has increasingly dominated our world since the end of the Second World War.

If you want to take a look at the current state of activity in the Ports of Harwich/Felixstowe then click on the following weblink. The cranes seen in the photo above can best be viewed on the Navigation House Left & Right webcams:

However, my favourite webcam on this site is the one you’ll see at Landguard Point because it looks across to the Naze at Walton. It was over on that side of the estuary that I grew up and where I learnt to sail in the Walton Backwaters made famous (or at least once-upon-a-time was made famous) by Arthur Ransome’s Swallows and Amazons book, “Secret Water”.  Here’s a photo of me with John Cottee (our next-door neighbour) and me by his lovely, wooden Wayfarer on Kirby (aka Witches) Quay, c. 1980/81. 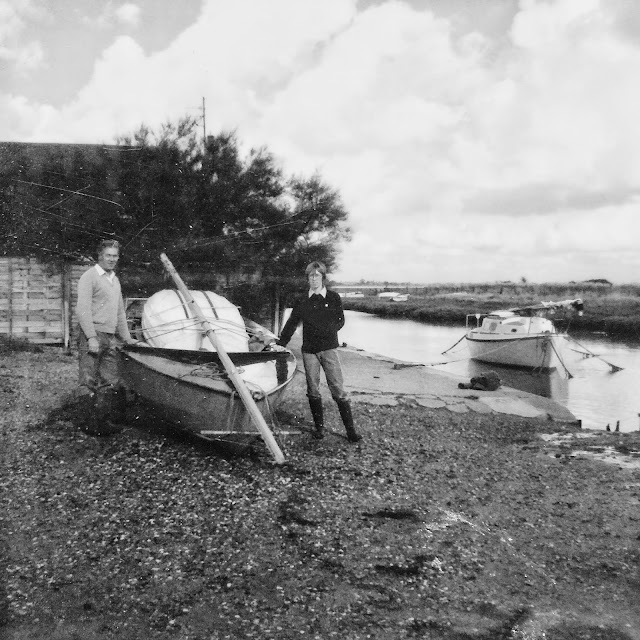