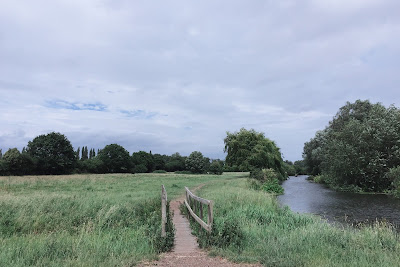 In the first chapter he takes a brief look at a few important early figures of religious naturalism including the Universalist (later Unitarian Universalist) minister Kenneth Patton (1911-1994). As you will discover if you read his potted biography at the link in the last sentence despite being a creative, insightful thinker and supporter of the civil right movement he was, shall we say, not always the most pastorally sensitive of ministers. However, despite this important shortcoming, he was a key figure in articulating within Universalist, and later UU, circles a form of religious naturalism. Perhaps it required such a problematic and forceful character to push through into public consciousness what was, and to some extent still is, a controversial new way of being religious even with the otherwise progressive Universalist and Unitarian setting. In any case in 1954 he wrote an important book called "Man's Hidden Search: An Inquiry into Naturalistic Mysticism" and Stone quotes the following passage from it that struck me as quite beautiful and highly amenable to my own way of thinking. So much so that I've ordered a secondhand copy the delivery of which I await eagerly. Stone (p. 6) says that in poetic language "Patton develops the theme of 'being at home in the universe'" writing that: 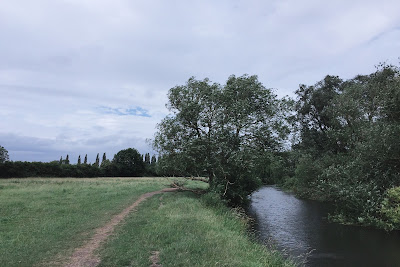 The wind comforts him as fondly as his mother's arms / The sunlight is like his best friend's recognizing laughter. A caterpillar crawling on the back of his hand is as rich and welcoming as his brother's arms across his shoulders. The children on the street of another country are as near to him as his own children . . . The earth is his home and its creatures are his family (Patton, 1954, p. 54).

As I walked over to Grantchester this morning with a good friend of mine the foregoing words resonated very strongly with me and I thought it would be worth passing them on to you here along with a couple of photos I took on the way back.