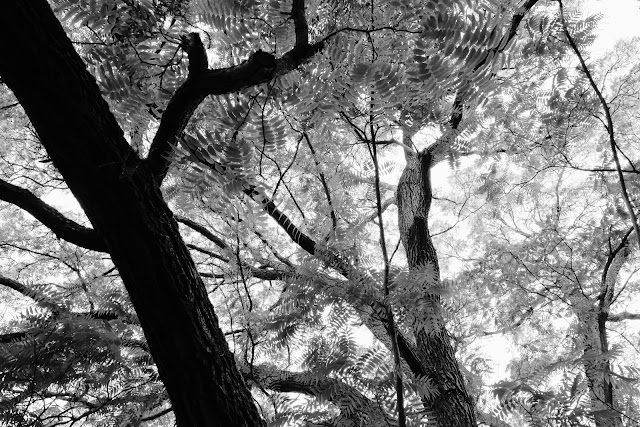 In a couple of weeks, in the community where I am the minister, there will take place a “life of the church” meeting in which members of the congregation have the opportunity to explore together the various things that a liberal, free religious congregation might want and be able to do in the coming years. Years that, without question, will be hard and challenging in many, many ways.

As individual members of the congregation decide whether or not to attend, I realise it’s important to acknowledge that there is always in play a temptation to think that, somehow or other, a person attending is expected to arrive with some clear ideas about what it is the community might be doing. The corollary of this thought is, of course, that if a person has no such ideas to offer then it’s probably best for them to stay at home and let other people address this vexed question.

But I want to make it clear, at least from my philosophical and theological perspective, that perhaps the most creative and valuable thing anyone can bring to “life of the church” meetings is a frank and honest acknowledgement that it is very far from being clear what exactly it is that any liberal, free religious congregation can and should be doing if it is to have any hope of surviving, and even thriving in some modest fashion, in the future.

The truth is, that the vexed question of what a community might do in the future is not a technical problem that can be solved in the fashion we solve, say, a jigsaw puzzle, where all the pieces required are already lying there before us. The thing to be clear about is that the kind of problems facing such a community are those associated with the basic meanings of existence itself and, as the twentieth-century American philosopher, Henry Bugbee, realised: “[b]asic meanings are not anticipated: they dawn on one.”

In short, the best “life of the church” meetings (in my opinion anyway) are those in which there is successfully created a space in which the basic meanings we seek are allowed to dawn upon us as we let our present experiences gently and silently be invaded with authentic meaning in the simple ebb and flow of conversation.

The wager is that, as the conversation unfolds, we will find our individual and collective thoughts and perceptions then begin to press upon us in such a way that, as they lead to one another, they slowly begin to define themselves. And, when that happens, the solution to the puzzle of how we are to go on in a meaningful fashion is revealed not as being like the solution to a jigsaw puzzle but, what Bugbee calls, “more like the clarification of what we [already] know in our bones.”

Because it can only come out of the depths of our actually lived lives, what we are seeking together as a liberal, free-religious community can only ever come to light out of relative obscurity. But it is helpful and comforting to realise that, when this light does come, it will truly feel like the clarification of what we already know in our bones and we will be able to say something like, “Yes, of course, this is indeed what I, what we, should be doing in this moment of time.”

The preceding thought for the day was born out of my own reflections on the following text found in Henry Bugbee’s The Inward Morning (University of Georgia Press, Athens 1999 [1st ed. 1958], pp. 34-35):

Let it flow: Fluency is the stylistic counterpart of the way present experience is invaded with authentic meaning. Basic meanings are not anticipated: they dawn on one. This is the point of keeping up the flow: If one works out the thoughts, the perceptions that press upon him with the demand for completion, as they lead to one another, in time the actual themes of his philosophy may have a chance to define themselves. Such a philosophy will not be set up like the solution of a puzzle, worked out with all the pieces lying there before the eye. It will be more like the clarification of what we know in our bones. Against the professional insistence that one can and should be clear from the start about what he starts from (premises, assumptions), that the procedure and the direction of thought worth understanding should be equally clear, I am going to try to be faithful to the intimations I have had: That the reflection worth indulging doesn’t know where it is going, just as the life that is lived underlies anything the individual is able to patent for himself. There need be no obscurantism in this; if philosophical truth is engendered in depth, we must not expect it to come to light except out of relative obscurity.
Email Post
Labels: conversation free religion freethinking Henry Bugbee liberal Christianity liberal religion religious community Unitarian Universalist
Andrew James Brown
My name is Andrew James Brown. I’m a philosophically/theologically inclined writer with sympathies towards Shin’ichirō Imaoka’s understanding of free religion (自由宗教), Christian atheism, D. G. Leahy’s “thinking now occurring for the first time”, a Lucretian inspired religious naturalism, new materialism and Kyoto School philosophy; also a photographer, cyclist, walker and jazz bass player. In addition to this, I’m the minister of a small, liberal, free religious community in Cambridge (UK)