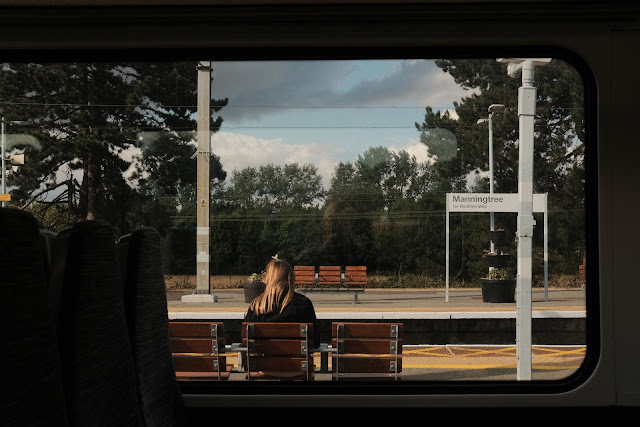 This summer I visited my parents on the Tendring Peninsular where I grew up in a village called Kirby-le-Soken. They now live in an even smaller village called Wrabness by the Stour Estuary. Given that I do not own a car, thankfully, it has a station (really a wayside halt) on the rather lovely branch line (now known as the Mayflower Line) that runs between Manningtree and Harwich. On boarding the train at Manningtree Station the quiet, branch line scene presented itself to me, which I gratefully took.