What the doubtful centipede can teach a liberal, free religion 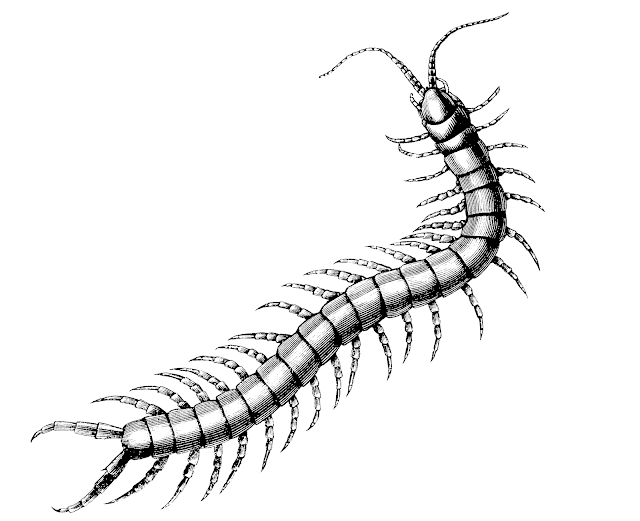 After its opening lines had come up last week in a conversation with a friend over a pre-Christmas pint, for the first time in many years I reread Wilfred Sellers’ influential essay published in 1962 called “Philosophy and the Scientific Image of Man.” I had been suggesting to my friend that, conceived in the most minimalistic way possible the free religious tradition to which I belong affirms an intuition that, somehow, a) there exists a “whole” in which everything is always-already intra-actively held together and, b) that human freedom and wellbeing is, in some fashion, dependent upon our ability to look beyond the almost countless, empirically given things of the world and to live a form of life in which one is mindfully aware of both the many and the “whole.” As many of you will already know, this intuition has most commonly been gestured towards by us by talking about the unity of deus sive natura (god-or-nature), unity in diversity or the interdependent web of all existence.

It was this claim that prompted my friend to quote from memory the opening sentences of Sellers’ essay:

But what struck me most powerfully when rereading Sellars last week were the lines which immediately follow his opening sentences in which he points to the distinction between “knowing how” as contrasted with “knowing that”:

“To achieve success in philosophy would be, to use a contemporary turn of phrase, to ‘know one’s way around’ with respect to all these things, not in that unreflective way in which the centipede of the story knew its way around before it faced the question, ‘how do I walk?’, but in that reflective way which means that no intellectual holds are barred.”

To remind you of the centipede story, here’s the poem — usually attributed to Katherine Craster (1841–1874) — to which Sellars refers:

A centipede was happy — quite!
Until a toad in fun
Said, “Pray, which leg moves after which?”
This raised her doubts to such a pitch,
She fell exhausted in the ditch
Not knowing how to run.

“Knowing one’s way around is, to use a current distinction, a form of ‘knowing how’ as contrasted with ‘knowing that’. There is all the difference in the world between knowing how to ride a bicycle and knowing that a steady pressure by the legs of a balanced person on the pedals would result in forward motion.”

Now I offer you Sellars’ words at the beginning of this New Year because since about 2008/2009 I have become increasingly convinced that one of the greatest problems threatening the future of free religion is that, although it has been very good and in many ways remarkably successful at helping more and more people know that to be a genuinely free religious person one must, for example, become well-informed about the huge variety of religious and philosophical traditions that exist in the world, knowing that an appropriate level of tolerance and respect towards different beliefs and practices is required, knowing that all beliefs and practices are contingent upon many different historical, political, economic, cultural and environmental factors, knowing that it is wise to maintain an appropriately critical and inquiring attitude towards all truth claims and so on, it has forgotten how to be itself a living expression of free religion and, as such, many of its communities — whether within the Unitarian movement or not — now resemble the centipede in the poem and are very close to falling exhausted into the ditch simply not knowing how to go on.

This, in a nutshell, is the insight that lies behind the decision the Cambridge Unitarian Church (where I am minister) made during the COVID-19 lockdowns of 2020 to move away from a form of morning service which was centred upon a long address and time of conversation concerned with knowing that a potential free religious person was required to have a certain body of knowledge about religious and philosophical matters, and to move towards a form of service which centres on a universalist orientated liturgy and time of mindful meditation designed to help someone more immediately know how to be a free religious person.

The short weekly address we now have — half the length it used to have — and of which this is but an example, is how we continue to keep in play a little bit of the important “knowing that” which will always remain essential to any genuine free religion. But, if free religion is to truly to survive as a living tradition much further into the twenty-first century then it must seek practical and accessible ways to pass on to the next generation a free religious “know how.”

Here in Cambridge, the Sunday Service of Mindful Meditation is but one imperfect and flawed attempt to do just this and, as such, I continue to recommend it to you as a good way of going on without falling exhausted into the ditch as did the doubtful centipede.