Wednesday Photo: A cross without a name 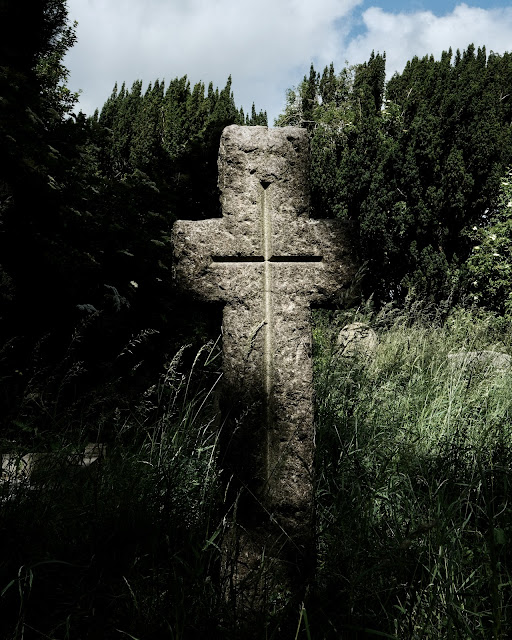 Taken with a Fujifilm X100V
Just click on the photo to enlarge it
Straight out of camera (though cropped to 4:3)

I took this photo of a gravestone in the Ascension Parish Burial Ground off the Huntingdon Road in Cambridge in June 2022. Its base, where I presume I’d find a name, some dates and perhaps a line or two of text, is now so overgrown that it’s no longer possible to see over whose body it is raised. I’m certain I could find out but I have not yet done so and, I suspect, I never will but, every time I pass it, I wish the person well and often find myself recalling the following words I nearly always use when conducting funerals:

When a wo/man’s life is over, it remains true that he/she has lived; it remains true that he/she has been one sort of wo/man and not another. In the infinite mosaic of history that bit has its unfading and its perpetual function and effect. A wo/man who understands him/herself under the form of eternity knows the quality that eternally belongs to him/her, and knows that s/he cannot wholly die, even if s/he would; for when the moment of his/her life is over, the truth of his/her life remains. The fact of him/her is part forever in the infinite context of [existence] (George Santayana from his preface to Spinoza’s Ethics, J. M. Dent and Sons, 1910).