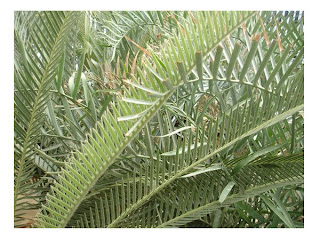 This blog considers Palm Sunday a time when we remember in particular Jesus' entry into the city of Jerusalem where he is welcomed by cheering and, apparently, supportive crowds. As we know this welcome and support lasted but a very short time and, when the time for real support was needed, the members of that same crowd were nowhere to be found.

Reflections on this subject generally concentrate upon the betrayal of Jesus and relate that betrayal in some way to our own present day actions. This approach has many merits and I certainly think we benefit from the reminder of what it means to be a member of a cheering crowd or even a self-proclaimed disciple only to discover ourselves at a later time betraying the same noble cause we once claimed we supported.

As I was preparing this piece I began to be aware that the word "betraying" could be understood verbally or adjectivally. Verbally, of course, it relates to the crowd, the disciples and us, we who are actively betraying whatever it is we saw or see in Jesus. But notice that it could equally relate, adjectivally, to Jesus himself and I began to ask what might we learn if we spend a moment thinking of Jesus as doing the betraying - Jesus the betrayer?

Hands will somewhere be raised at this point with a cry that something so dreadful could be suggested. But from many perspectives that is exactly what Jesus was - a betrayer and a very dangerous one at that. To certain kinds of religious thought then, and now, Jesus' understanding of in what consisted true religion was, and remains, a betrayal of a tradition which, the Hebrew scriptures (along with most other scriptures) imagined stretched back to the creation of the world itself.

Not surprisingly Jesus' teaching and actions which challenged the universal efficacy of key elements of his birth-right faith created an anger in some of them that knew no bounds. Although we don't know how events really unfolded what we do know is that, ultimately, it resulted in Jesus' arrest and execution.

Now it is common at this point to insert another adjective before Jesus' name - "innocent." But was Jesus innocent? One may argue that he was innocent of some of the immediate political charges brought against him but, as we do this, we must also ask the question that exercised the religious and Roman authorities of the time: if Jesus had been allowed to continue to preach his message of the Kingdom of God is it not easily possible to imagine the overturning things far more substantial than money changers' tables? The authorities did imagine such consequences and so they engaged in some "pre-emptive action." The New Testament story tells us that in this they had the support of many people in the city. Jesus was, they believed, guilty of betraying his own religion and of undermining Roman rule.

Such a view is, perhaps, hard for us to grasp primarily because we judge the Roman and Jewish authorities on the basis of our own culture's normative belief in the over-riding goodness and innocence of Jesus. Given this it is all too easy to forget to consider the other side of the Easter story.

As is often the case the Monty Python team in "The Life of Brian" pointed brilliantly to some of the ambiguities of the story that many modern-day Christians would quite like to forget. In this case I refer to scene 9 when Reg, during a rant against the Romans, asks: "What have the Romans ever done for us?" I'm sure you remember the replies: well the aqueduct, sanitation, roads. Reg responds: "Well, yeah. Obviously the roads. I mean, the roads go without saying, don't they? But apart from the sanitation, the aqueduct, and the roads . . ." The replies continue to come: irrigation, medicine, education, wine, baths, safety in the streets. Reg, exasperated says: "All right, but apart from the sanitation, the medicine, education, wine, public order, irrigation, roads, a fresh water system, and public health, what have the Romans ever done for us?" Do you recall the final reply? It was the startling "Brought peace?"

To many of your average first century Joes and Josephines Jesus, if he were left to continue his self-proclaimed mission, was going to upset a sizeable apple cart. What might follow was the collapse of a certain kind of peace and security. Things maybe a little tough and unfair under the Romans but let's not forget the sanitation, the medicine, education etc. . . And don't get me wrong, such things are important considerations and we kid ourselves when we try to ignore them. (Not incidentally it is the provision of such material things that helps Hamas to be so popular.) The Python team point to the material things we can see and experience and, as such, they will for many always carry more weight for many people than abstract ideals concerning truth, freedom and justice.

Now, in saying all this, I'm not suggesting that Jesus wasn't right to have challenged the society and religion of his day. No, it's just that today I want to do do something else, namely, to point to the truth that whenever we decide to support one cause and not another this action is, from certain perspectives, going to be seen as a betrayal.

The label of betrayer - or at the very least a dangerous trouble-maker - is always easier to pick up by those who are are of prophetic inclination. Why? Well it is because the underlying corruption and dreadfulness of any given political or religious situation is, by definition, obvious to the prophet way before it becomes visible to the majority of people. What kind of prophet merely states the bleedin' obvious? No, the prophet always speaks when it is still possible for most people to think everything is all right and will continue to be all right if one just doesn't rock the boat. It was true in first-century Palestine, it was true in Vienna in the early part of the twentieth century, it was true in Germany in the late twenties and early thirties. It is true today - and worryingly so in my opinion.

The prophet's calling has another layer of difficulty to add to it; that is the danger that they may prove to be a false prophet. But one can be a false - or perhaps failed prophet - for at least two reasons. The first is that the prophet is simply deluded. End of story. The world is littered with such prophets - religious and political.

The second is that the prophet is actually right in their general critique but, because of the effectiveness of their prophetic campaign - by accident or design - people change their ways and so avoid the prophet's predicted disaster or unrest. Jonah was such a prophet. Remember he was told by God to go to Nineveh and proclaim the city's imminent destruction if the populace didn't change their evil ways. And you know what, they went and changed their ways and the city was not destroyed. Jonah's prediction didn't come true and Jonah became a false prophet. He was not, personally, too pleased by this outcome.

So the pressing question always before every society - and especially one such as our own which has been for so long comfortable and superficially stable - is how do we judge whether a prophet amongst us - whether a religious or purely political one - is to be followed or denied? How do we decide whether they are in truth a great hero or a betrayer? How do we decide, when the inevitable angry response comes from the authorities (which always naturally prefer the status quo to a period of social ferment, change and, alas, even violence) whether we continue to support our prophet and hero or to decide that they are, in fact, to be abandoned?

The fact is, if you are not of prophetic inclination - or simply don't and/or cannot understand all the facts and issues of a given situation - how can we discern, at the outset, whether the prophet is true or false? What can we do? Well, Thomas Jefferson, the third US President helps us in this matter. I have pointed to this text but it bears repeating every now and then. In a letter to his nephew Peter Carr in 1787 Jefferson wrote:

[Y]ou must lay aside all prejudice on both sides and neither believe nor reject anything, because other persons, or descriptions of persons, have rejected or believed it. Your own reason is the only oracle given you by heaven, and you are answerable, not for the rightness, but the uprightness of the decision.

So, as you stand in whatever crowd waving your palm frond in support of Prophet X it is vitally important that you have taken steps to ensure that you are there for upright reasons. If you continue to support them or, later, choose later to betray them are you still acting uprightly and fully using your reason?

However, with the best will in the world, and however carefully and uprightly you choose, someone, or some group of people, will cast you as a betrayer. There is no escape from this. We might wish with all our hearts for trouble free and clear choices that result only in praise but they simply don't exist and we must never forget this. Nor is there any truly innocent choice because a real choice will always be made using reason to weigh ALL the available information and that means we will have engaged our moral faculties and that is not an innocent activity.

Time often, of course, better reveals what may have been the "right" or "wrong" decision and we will all be judged by the courts of later ages and by people with more information and insight than we could have had at the time. (It is worth remembering the import of the otherwise glib phrase "time will tell.") But even so we must still act and choose and one way or another we will be seen as guilty and as betrayers. That is what we see starkly revealed when we consider Palm Sunday. No life truly and fully lived can be wholly innocent and free from betrayal and accusations of of the same.

Make no mistake about it, our own age is a veritable time of Palm Sundays for all sorts of reasons - religious, political, environmental - and the story remains a parable of great relevance for the present. The key thing is to choose well and uprightly using the only oracle given us by heaven - reason. And surely it is about time that those of us who call ourselves liberals realise this and begin to start speaking out prophetically on the major issues that concern us. We cannot be nice and innocent forever - that, surely would be to betray our own cause and we can't blame anybody else for that but ourselves.