The mysticism of stone 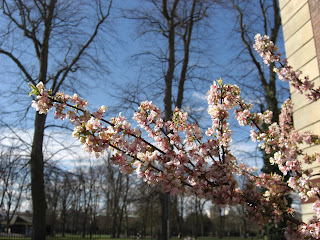 Lent to Good Friday is a season when we recall what it was like to experience a great hope collapse. Eastertide, which follows, is a season of restoration. As wise Qoheleth said, “There is a time to break down, and a time to build up” (Ecclesiastes 3:3).

I note this primarily because over the last few weeks because I seem to have been ruthlessly iconoclastic in breaking down a central pillar of orthodox monotheism namely the idea there exists a Supreme personal Being who acts upon the world providentially. But today I want to be clear – certainly clearer than I have been up until now – what it is I am actually trying to do in breaking down this pillar. I believe that when properly understood it is instead a restoration.

I am not proclaiming that God is dead, but I am concerned to break down what seems to me to be dangerous, unhealthy and wholly idolatrous images of God which are, today, being used to underpin some very destructive and divisive forms of religion and politics. What I am trying to bring us to is an understanding, as the philosopher Paul Wienpahl succinctly put it, in which “God [properly conceived] ceases to be an object and becomes an experience.” It is an attempt to un-centre or, even, free God.

In reflecting upon this undertaking I think I can trace the beginnings of it for me from my time in . There, in my college chapel, I spent a great deal of time meditating upon a beautiful series of Burne-Jones windows showing the six days of creation. Above each of them is to be found the motto “Elargissez Dieu” (taken from Diderot) which means, “Broaden your conception of God!” But the verb élargir can also have a judicial meaning, namely the act of freeing someone who has been detained, imprisoned.

Sitting in that chapel and under those windows I prayed many times through Psalm 42:

“As a hart longs for flowing streams, so longs my soul for thee, O God. My soul thirsts for God, for the living God. When shall I come and behold the face of God?”

When, indeed? But to ask this is also to ask, in a silent way, the question the Psalmists enemies posed, “Where is God?” The temptation (especially as a student of theology) is to answer this wholly in terms of religion and doctrines to which we may individually and collectively belong and subscribe. But I quickly realized that the moment our spiritual loyalty becomes so focused this is already to begin to centre and imprison God and to set “him” (an idolatrous word itself!) up as an idol..

This is not to say, of course, that God is cannot be found in formal religion and even partially glimpsed in its doctrines, but it is to say that God’s presence in these places and things is simply because “divinity is present everywhere, heaven and earth are filled with God.” But if you take this insight seriously then it really does have some radical outplayings. and the more I contemplate this thought the more I find myself completely at one with Robinson Jeffers in believing:

.... that the universe is one being, all its parts are different expressions of the same energy, and they are all in communication with each other, influencing each other, therefore parts of one organic whole. (This is physics, I believe, as well as religion.) The parts change and pass, or die, people and races and rocks and stars, none of them seems to me important in itself, but only the whole. This whole is in all its parts so beautiful, and is felt by me to be so intensely in earnest, that I am compelled to love it, and to think of it as divine. It seems to me that this whole alone is worthy of the deeper sort of love; and that here is peace, freedom, I might say a kind of salvation, in turning one’s affection outward toward this one God, rather than inward on one’s self, or on humanity, or on human imagination and abstractions — the world of spirits.
I think that it is our privilege and felicity to love God for his beauty, without claiming or expecting love from him. We are not important to him, but he to us.
I think that one may contribute (ever so slightly) to the beauty of things by making one’s own life and environment beautiful, so far as one’s power reaches. This includes moral beauty, one of the qualities of humanity, though it seems not to appear elsewhere in the universe. But I would have each person realize that his contribution is not important, its success not really a matter for exultation nor its failure for mourning; the beauty of things is sufficient without him (Robinson Jeffers: A Letter to Sister Mary James Power, cited in The Wild God of the World, Stanford University Press, 2003, p. 189).

Coming to hold such a view is surely to attempt some kind of elargissement of God – to un-centre the idea of Divinity and to free it from the possibility any kind of idolatry for this kind of God cannot meaningfully be understood as an enthroned individual Supreme Being to be worshiped but experienced Divine Being itself. But is it? Well, the answer is yes only if the elargissement of God is, at the same time, applied to us, too, as it must if there is only God who is also Nature. Consequently, it is important for me to say that part of the religious discipline of this very unitarian and pantheistic way of being religious must involve an attempt to un-centre ourselves or, to use the startling and unsettling word Jeffers used in his poem Carmel Point, to unhumanise ourselves in some way

Many people have an instant and negative reaction to this word, understanding it as a call to be less than human. But this is wholly wrong. It is not to be less than human it is to be fully present in the un-centred free God as an un-centred and free human. Jeffers thought this process had to be attempted because humankind had become too self-centred and, in consequence, indifferent to what he called the “astonishing beauty of things.” In the light of this thought he called for:

“a shifting of emphasis and significance from man to notman; the rejection of human solipsism and recognition of the transhuman magnificence.... This manner of thought and feeling is neither misanthropic nor pessimist.... It offers a reasonable detachment as rule of conduct, instead of love, hate and envy.... it provides magnificence for the religious instinct, and satisfies our need to admire greatness and rejoice in beauty.”

This is all very well, you may say, but how might we practically, positively and usefully de-centre and unhumanise ourselves? I think, as indeed did Jeffers, that although it is impossible fully to do whilst we are alive we achieve most when we engage in a continuous and profound meditation upon nature and, as Jesus taught, to consider the individual things of nature – lilies and ravens. Spinoza memorably taught something similar – “The more we understand singular things, the more we understand God” (E5p24). Jeffers’ poetry is an astonishing record of one man who spent a life trying to do just this.

In an age of great fears and worry concerning religion, politics and the ecological and economic meltdowns that seem in the offing it seems to me that we really do need to find ways of developing the “extraordinary patience of things” and the confidence of “the rock and oceans that we were made from.”

But I do not pretend that the kind of religious attitude I am proposing we should explore is anything other than very hard to follow if only because it is profoundly unsentimental – especially concerning our own human uniqueness. It takes considerable courage to say with Jeffers that “it is our privilege and felicity to love God for his beauty, without claiming or expecting love from him” and to conclude from that that “we are not important to [God], but he to us.”

The hardest thing in this kind of spirituality is to realise that “the beauty of things is sufficient” without us – though as we note this we should also note that we do form an intimate aspect of the whole and, in this sense only, are an indispensable mode of the whole. But it is key to remember that this “importance” (if this is the right word – and I’m not sure it is) is a wholly uncentred one – it exists only for the sake of the whole not for us as individuals. But, when we (if we can) embrace this thought and feel ourselves to one with God or Nature as are the hawk and the rock, then the way is truly opened up for us to “contribute (ever so slightly) to the beauty of things by making one’s own life and environment beautiful, so far as one’s power reaches.” It is important that Jeffers felt this included “moral beauty, one of the qualities of humanity, though it seems not to appear elsewhere in the universe.”

The process I outline, that Spinoza, Jeffers and others outline, began to gain momentum on the day Copernicus realised the heliocentric nature of the universe. At that moment we understood our planet was not at the centre of the universe. As we have continued to reflect upon the world (as scientists, poets and philosophers) we have also begun to realise that neither are we humans the central and defining form of life (and here I include both the “rock” and the “hawk” i.e. not only the obviously alive things but also what we commonly perceive as non-sentient) on earth.

Not only that, with the development of transpersonal ways of thinking about our being in world, we are beginning to realise that our “own” identity is not really our "own." What makes us us is, almost paradoxically, the not-us.

Indeed this un-centring, un-centred (free) quality seems written into the very fabric of Being itself. Alas, in western forms of religion (and fundamentalist forms of it everywhere including militant atheism) this un-centred quality is so often missing. But one of the many great strengths of such an understanding of a truly free and un-centred God or Nature – of Being itself – is that it cannot be hitched to any kind of narrow fundamentalism; as the Tao Te Ching famously states, “the Tao that can be named is not the eternal name.” The God if which I am speaking cannot, really be spoken about (as such this blog is only so much hot air) but only experienced.

So I am not claiming that God is dead – all I am trying to do is to encourage you to engage in a concerted attempt at the elargissement of God (or Nature) – to expand and free your concept of God (or Nature) so that you may live fully in this beautiful (but, to some extent, indifferent) world with the “patience and confidence of the rock and ocean we were made from.” Let our faith be, again in the words of Jeffers in his poem Rock and Hawk, the “Mysticism of stone,/Which failure cannot cast down,/Nor success make proud.”

This, to my mind, is a true form of the tough liberal religion we need in today's world.