“What comes after Christianity?” A God who gently but firmly pushes you away from himself in the direction of each other 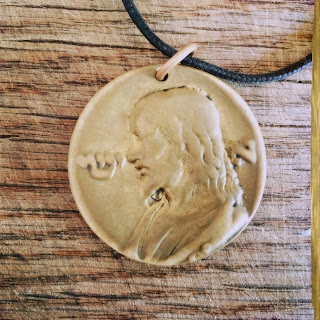 From Thomas Sheehan’s “What comes after Christianity?” — a lecture delivered on April 15, 2012, at the First Congregational Church, San Jose, California

What comes after Christianity? The theologians tell us: God does. But what kind of God? For that we ask: What came before Christianity? And it was not Yeshua but Yeshua’s word. He tells us that what comes before Christianity is a God who gently but firmly pushes us away from himself in the direction of each other.
The second-century Church father Irenaeus wrote in Latin “Gloria dei homo vivens,” that is, the glory of God — everything that religion claims to be about — is human beings living humanly and humanely.
If you believe in God, fine: that God pushes you away from himself and on to each other. If you don’t believe in God, no matter. The task remains the same.

ADDRESS
“What comes after Christianity?” A God who gently but firmly pushes you away from himself in the direction of each other

Today’s address is related to the two previous ones in that it is concerned to show another way how in these strange discombobulating times of ours may concentrate not upon the “when” of our waiting but the “how” of our waiting.

As the readings will have suggested my address today draws on the interpretation of Mark 1:15 found in a recent lecture called “What Comes after Christianity?” by the New Testament scholar, philosopher and interpreter of Heidegger Thomas Sheehan. I should add that throughout this piece Sheehan calls Jesus by his Jewish name, Yeshua, in order to keep us as far away as possible from our Christian pre-conceptions of him.

Sheehan begins by enumerating the passage from Mark 1:15 as follows:

Then a twofold response:

Sheehan feels this translation is not only “shopworn” but also “essentially incorrect” so here is how he re-presents it to us.

Instead of “the time is fulfilled” he thinks it is better to hear “Time’s up! The time of decision is now.” Sheehan reminds us that the Greek word in use for “time” is here kairos which has the sense of “a time fraught with significance, a turning point in time.”

OK, but what is it Sheehan thinks Yeshua is asking us to be deciding about? Well, it is something to do with the “kingdom of God.”

However, before going on I think it is important here to return to the point I made last week in connection with the word “God” and the problem many people today have with it — including many of us here this morning. It’s helpful to recall the mid-twentieth century Unitarian theologian Henry Nelson Wieman’s (1884-1975) words that:

“Whatever else the word God may mean, it is a term used to designate that Something upon which human life is most dependent for its security, welfare and increasing abundance. That there is such a Something cannot be doubted. The mere fact that human life happens, and continues to happen, proves that this Something, however, unknown, does certainly exist” (Religious Experience and Scientific Method [1926], Southern Illinois University Press, 1954, p. 9).

And also to recall the religious naturalist Michael Dowd’s way of putting the matter who insists that God should not be thought of as “an invisible friend or otherworldly entity” but, instead, as “a mythic personification of reality” — to borrow a phrase from the poet Wallace Stevens, a “supreme fiction”.

Minimally understood, then, the word “God” can be understood as simply gesturing to that “Something”, that “Reality” upon which all things are aways-already dependent and which within our Greco-Roman, Judaeo-Christian influenced culture has been given various mythic forms over the millennia.

With this point made we can say with perhaps a cleaner heart than a moment ago that God’s kingdom (Reality’s kingdom) would be a place where God’s power (Reality’s power) holds and Yeshua is saying that this power is available to us now. Importantly, however, this power of God is not to be conceived as coercive, with God “beating on his chest, calling attention to his almightiness so as to cow his enemies” but, instead, the kingdom of God — the power of God — “is entirely for human beings.” Sheehan feels that here Yeshua is attempting to bring about nothing less than an existential new creation.

Next follow the two conditions Yeshua thinks we must fulfil in order to receive this divine empowerment.

In the traditional religious language of our old Bibles we are told we must “Repent” but, as Sheehan makes clear, this “is a capital mistranslation.” In our culture the word has become perhaps irredeemably tied to feelings of remorse and regret and to the need to reproach ourselves for what we have done or failed to do. But as I have pointed out to you in other addresses, the underlying Greek word is the verb metanoeite. This verb is constructed from two elements. The first is meta, a word which indicates the idea of “turning completely around” (think of its use in a word like metamorphosis); the second is noē which “refers to the way you see the world, how you think and act.” Sheehan sums this up as follows:

“Metanoeite does not mean “repent of your sins” and beat your breast. Rather it means: radically change who you are and how you live. It tells us to make a complete about-face in our lives and to start heading in a different direction.”

From the other teachings and general example of Yeshua we get a real if general concrete sense of what that looks like — at the very least it is to live a life completely dedicated to justice and mercy and the well-being of the other. In connection with this point it’s worth noting that in his 1986 book called “The First Coming: How the Kingdom of God became Christianity” Sheehan reminds us that in Yeshua’s hands “The doctrine of the kingdom meant that henceforth and forever God was present only in and as one’s neighbour” and this, in turn, meant that Yeshua “dissolved the fanciful speculations of apocalyptic eschatology into the call to justice and charity.”

And so now we come to the final part of Yeshua’s fourfold offer and response, which has traditionally been translated as “believe in the good news.” Sheehan re-presents this to us as: “Bet your life on it.” He thinks this is a better translation because the Greek word which underlies the english word “believe” — i.e. to have faith in something — is pisteuete which has the sense of “casting in your lot existentially with a radical new way of living — trusting, without evidence, that it is the best way live.”

In a moment I’ll return to Sheehan’s point about “trusting, without evidence” but, firstly let’s sum up Yeshua’s fourfold offer and response as Sheehan is encouraging us to understand it:

But what about Sheehan’s point concerning the need to trust, without evidence? This suggestion is liable to put a cat among the pigeons in a rational church tradition like this which values good evidence highly. Well, Sheehan is here pointing to something more fundamental than empirical evidence. As Wittgenstein memorably noted:

“[T]he questions that we raise and our doubts depend upon the fact that some propositions are exempt from doubt, are as it were like hinges on which those [questions and doubts] turn. [. . .] We just can’t investigate everything, and for that reason we are forced to rest content with assumption. If I want the door to run, the hinges must stay put” (On Certainty §341).

At some point in any actual lived, moral and ethical form of life (such as the one Yeshua is encouraging us to live) we find we have to rest content with assumptions that we have no choice but to trust without full evidence. Again, as Wittgenstein memorably noted:

“If I have exhausted the justifications I have reached bedrock, and my spade is turned. Then I am inclined to say: ‘This is simply what I do’” (Philosophical Inverstigations 217).

Sheehan and Yeshua is not asking us to proceed without any evidence at all — let’s not forget Yeshua’s clarion call that “by their fruits ye shall know them” — but they are both saying that the final, existential decision to say “Yes, the time is up and God’s empowerment is mine for the asking and I can see that I must change how I am and how am to live and that I’m going to bet my life on it!” is always going to be made without the kind of evidence we’d always like to have. Alas, all such existential, moral and ethical decisions never come front-loaded with cast-iron guarantees that, without any doubt whatsoever, make this or that the right decision to take or the right bet to make. In the end living in the manner taught by Yeshua is going to be simply something that you choose to say is (or is not) the best way live.

And so, Sheehan concludes his discussion of Yeshua’s call by calling our attention to the fact that nowhere in all this is there a single word “about believing in Yeshua as the Christ or God or about accepting him as your personal saviour, or loving him with your whole heart. . . . Nothing about King Jesus at all, much less about establishing a personal relationship with him.” Sheehan continues,

“Yeshua doesn’t even even hold himself up as a model so that we might ask ‘What would Jesus do?’ Putting Yeshua himself at the centre of Yeshua’s message is Christianity, something that arose after the prophet was dead and couldn’t defend himself against it.”

This means that for Sheehan, and for me, Christianity is basically a mistake. As Sheehan notes:

What that basic message or gospel was, and still is, is summed up in the conclusion to Sheehan’s talk that you heard earlier in our readings: It is to live with a God who “gently but firmly pushes you away from himself in the direction of each other.” Importantly, in our own skeptical age where belief in any kind of traditional understanding of God is for so many people impossible, Sheehan reminds us of a very basic truth which is that “if you believe in God fine” but that “if you don’t believe in God, no matter. The task remains the same.”

The task remains the same — which is to see everything connected with our old theologies, theories and beliefs about God dissolved into the call to justice and charity to one’s neighbour and that the doctrine of the kingdom taught by Yeshua means that henceforth and forever God was, is and will be present only in and as one’s neighbour.

And so having said this I now have only four last things to repeat:

Time’s up!
God’s empowerment is yours for the asking.
Change how you are and how you live.
Bet your life on it.
Email Post
Labels: Address Christian Atheism Christian humanism Gospel of Mark Henry Nelson Wieman humanism Jesus Michael Dowd Thomas Sheehan Unitarian Christianity Wittgenstein
Andrew James Brown
My name is Andrew James Brown. I’m a philosophically/theologically inclined writer with sympathies towards Christian atheism, D. G. Leahy’s “thinking now occurring for the first time”, a Lucretian inspired religious naturalism, new materialism and Kyoto School philosophy; also a photographer, cyclist, walker and jazz bass player. In addition to this, I’m the minister of a small, liberal-religious, free-thinking community in Cambridge (UK)